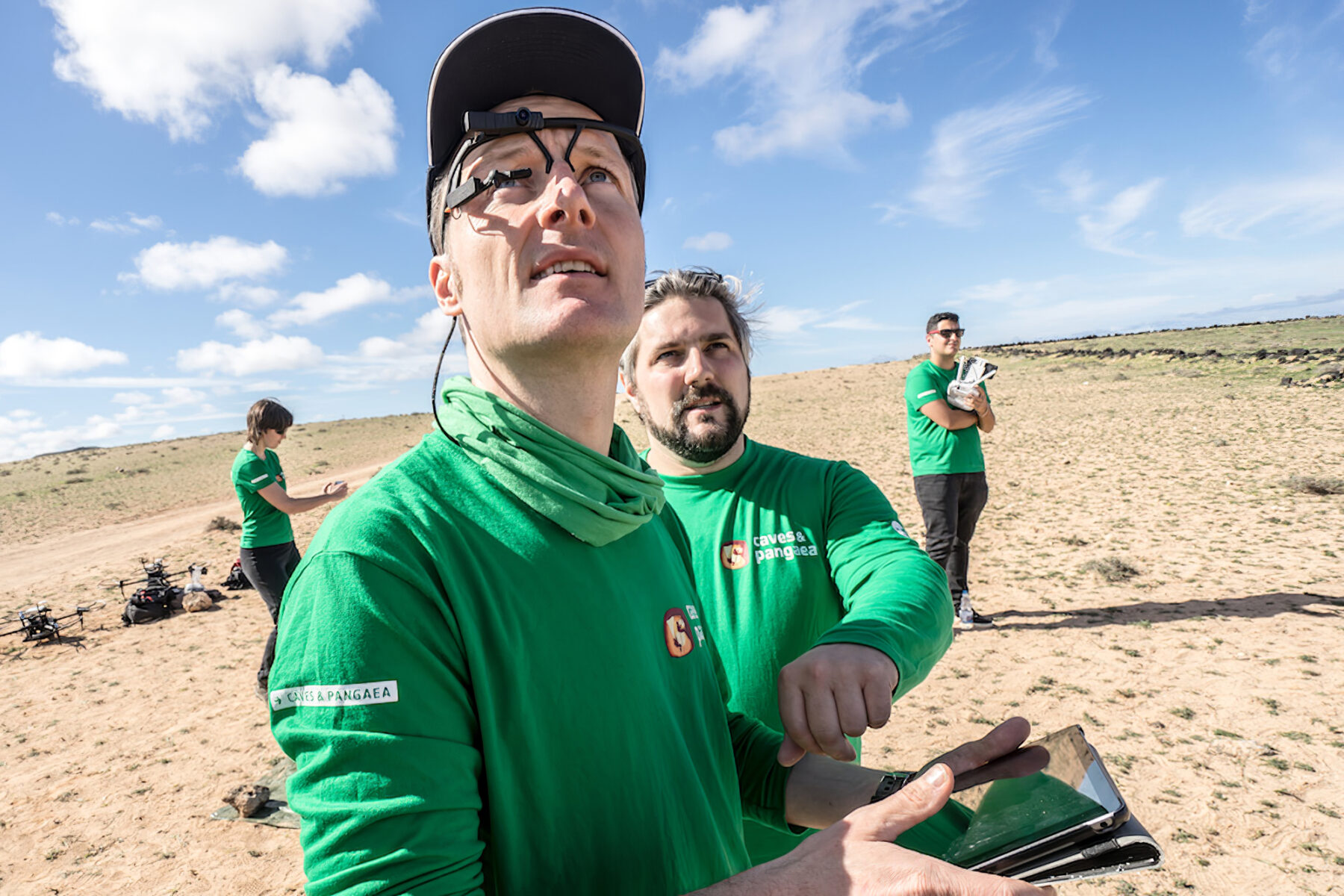 The overall goal of the project is to validate the communication, mapping, localization, and coordination infrastructure in order to allow a single operator to control a group of exploration robots, in an operational environment. In addition, we will test a novel cave-hopper robot, based on a spherical design, with a collision-tolerant shell, a system for controlling locomotion that allows the robot to roll in any direction, and a spring-loaded jumping mechanism.

As the number of robots to be controlled by a human supervisor increases, so does the workload. For a fleet of robots, the cognitive resources would quickly become saturated. Increasing robot autonomy can reduce this workload and maintain system performance. However, human guidance and intervention are likely to be required for the foreseeable future, and possibly desirable permanently, as humans can help solve complex and computationally difficult problems. It is worth nothing that the process of automation not only changes the workload, but also dramatically alters the nature of the cognitive tasks. Moreover, in swarm systems, the self-organizing behaviours of the fleet are confusing to the operator. Effective human-fleet interaction requires the optimization of communication and the cognitive division of labour.