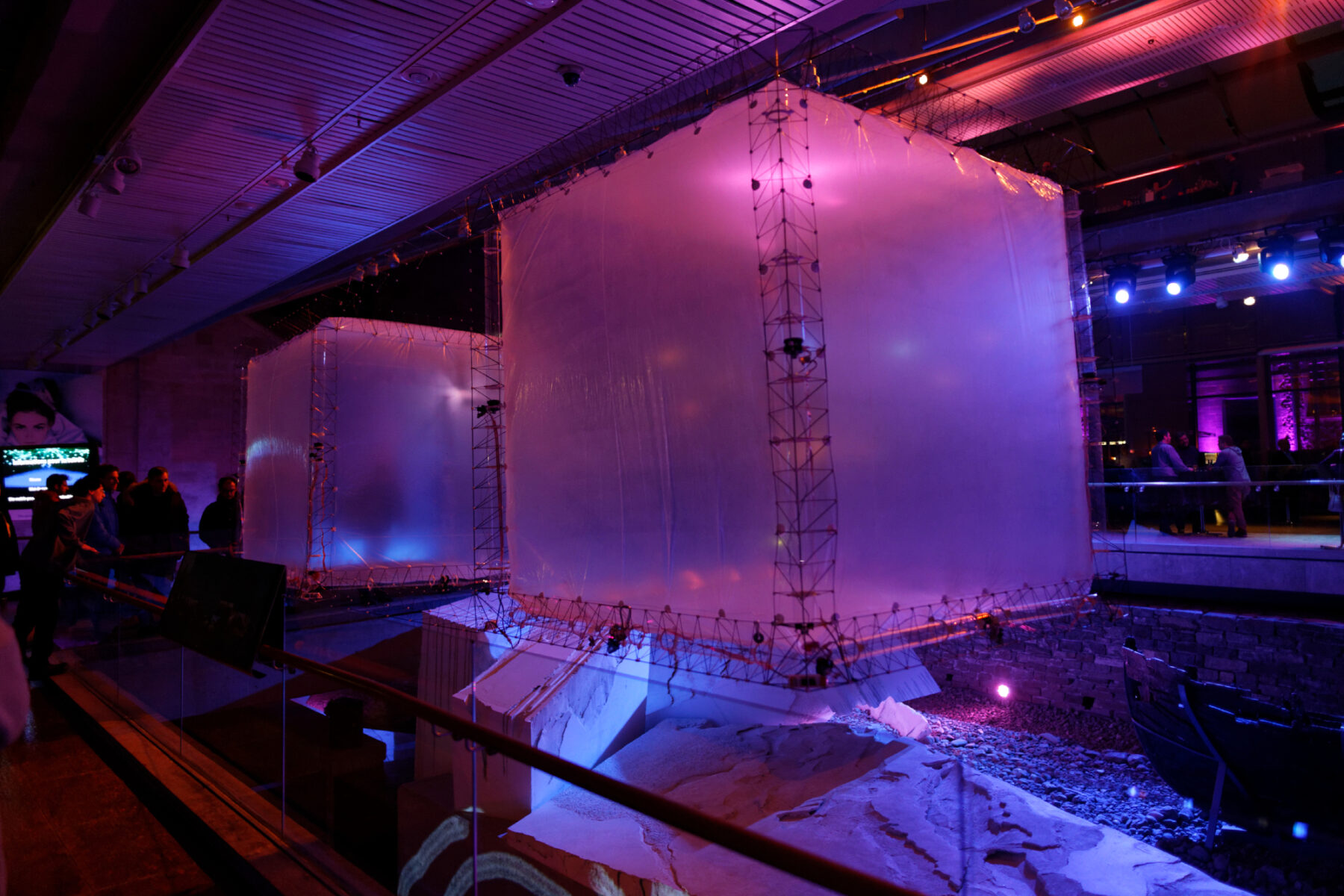 Thanks to recent advances in technology, human – robot interaction (HRI) has become a major field of research in both engineering and arts, particularly in the last decade. The dominant interests of these two fields are, however, extremely diverse: the challenges are continuously shifting, and the evolution of the robots’ skills, as well as the advances in methods for understanding their environment, radically influence the design and implementation of research prototypes. When then are deployed in a public installation or artistic performance, robots help foster the next level of understanding of HRI. In this regard, the Aerostabiles, a successful interdisciplinary art-science-technology project, led to a new way of conducting HRI research.

The project consists of developing an intelligent mechatronic, platform embodied in multiple geometric airships (cubes) that hover and move in the air. The artistic context of this project required a number of advances in engineering, particularly with respect to the localization and control systems and flight dynamics, as well as interaction strategies developed through periods of collective activity called ​“research – creation residencies” during which artists, engineers, and performers worked closely together, sometimes for several weeks at a time. The residencies generated fruitful exchanges between all collaborators, but most important, they presented a unique and creative way to direct and focus robotics development.

Tryphons are made of a 2.25-metre carbon fibre structure with a helium filled bladder, giving them enough autonomy for long-term installations. The Tryphons have been exhibited at many international events around the world, notably at the Étés de la Danse in Paris, hovering over a dancing crowd with video projections on their square faces, and at the Science as Suspense event in Moscow. The Tryphons’ behaviour and environment were different at each appearance, thus requiring specific technical developments.

In order to enhance the performance possibilities of the floating cubes, increase their autonomy and limit the adaptation and calibration time required for each new environment, three robotic engineering labs started working with the artists on the specific challenges of localization, precise control and interactivity of the Tryphons.

Constantly oscillating between the dry transparency and sheer precision of mathematical equations, on the one hand, and open, poetical interpretations of artificial deliberately merged with conscious, interacting biological organisms, on the other, the project progressively managed to develop and intensify connection, communication and exchanges between cultural fields generally considered alien to each other. It directly addresses the question of the relationship between strictly formal events, such as the spatial rotation of an object, and the emotional response that such events can trigger. Through multiple exchanges and experiments, the Aerostabiles robots opened a huge field of research where groups from diverse disciplines learn to cohabit, and where the flying cubes act as catalysts of disciplinary and methodological exchanges, transforming their own technological identity into a full, extensively poetic medium and becoming a hub around which new modes of discussion can take place.

[ VOILES | SAILS ]: A modular architecture for a fast parallel development in an international multidisciplinary project

Development of aerobots for satellite emulation, architecture and art

Control, localization and human interaction with an autonomous lighter-than-air performer