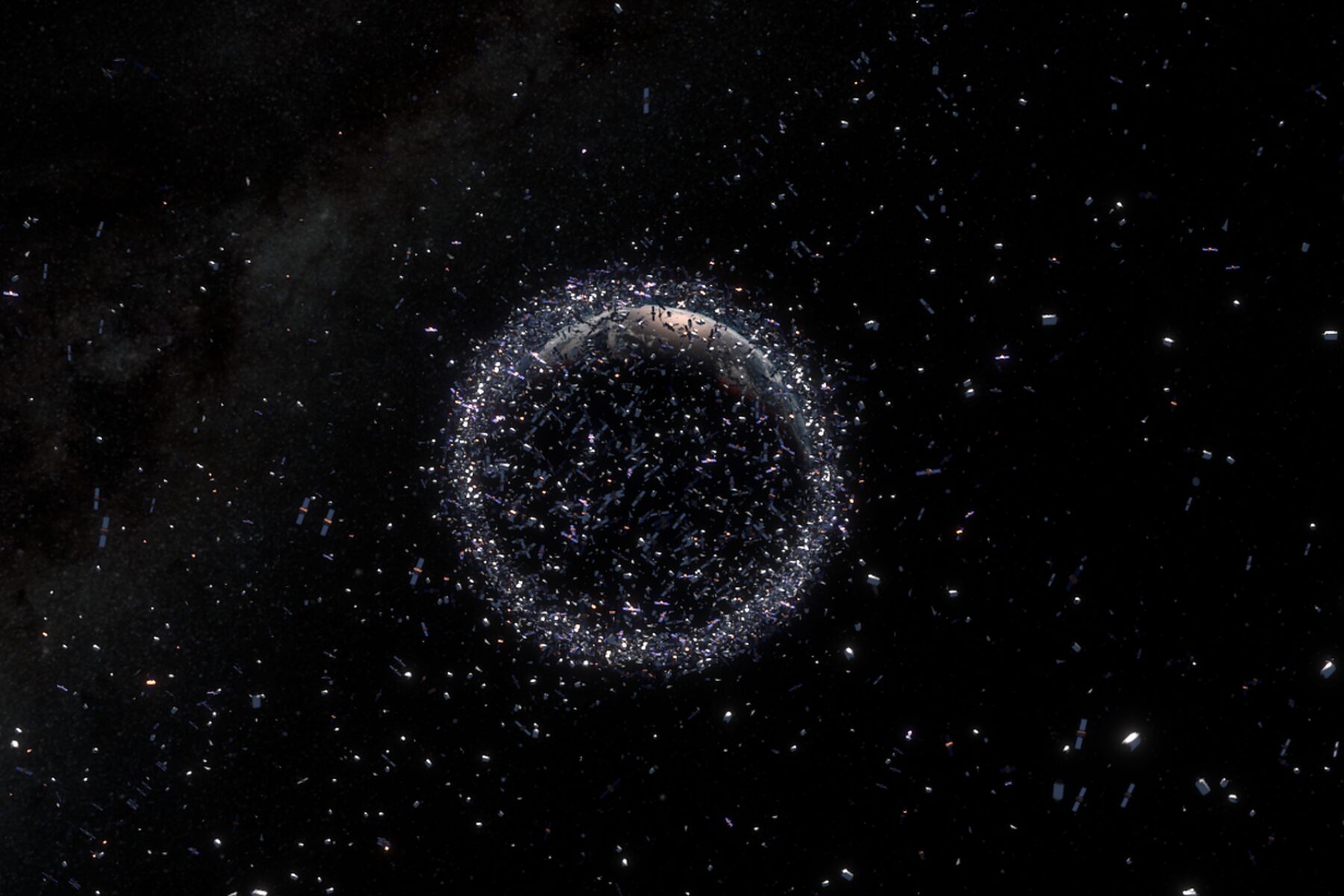 A multitude and wide variety of debris — rocket stages from previous spacecraft launches, inoperable satellites, and particles of all sizes (down to 10 – 15 kg mass) from natural (mainly meteoroid) and artificial (manmade) sources — litters the most heavily trafficked orbits. There is a general consensus that particles as small as 0.5 cm in size can jeopardize the operations and mission of the spacecraft and add to the volume of space debris. Furthermore, small particles continuously bombarding the surfaces of a functional spacecraft contribute to the degradation of sensitive instruments and components, such as optical instruments and solar panels. With this in mind, we propose a new concept for the detection and collection of debris smaller than 10 cm in diameter.

The deployment of large structures in space is a concept that has been studied and tested on numerous missions: for example, solar panels are typically deployed after the spacecraft reaches its operational orbit. Recently, several demonstration missions have used CubeSats to deploy sails and nets. The design of our deployable in-orbit structure leverages underactuated rigid-link mechanisms — a common strategy for deploying robust structures in space, as demonstrated by the ERA‑9 antenna flown on the MIR station. More recently, ring-shaped pantograph mechanisms have been used to deploy a low-RMS antenna in orbit. This project’s design involves a deployable mechanism that unfolds in space to extend a large membrane over its surface, forming a cupola-shaped structure. The mechanism’s rigid frame is folded during transport to orbit and is then deployed using a single actuator, reaching an expansion ratio of 45. The functionality of the mechanism is studied extensively. An analysis for a full small-to-medium-sized debris collection mission is conducted using simulation tools from European and American space agencies.

The deployment of the cupola mechanism is expected to have minimal effect on the spacecraft attitude since this action is radially symmetrical. However, the unfolding of each module into the assembled cupola will generate non-negligible attitude perturbations. An Attitude Control System (ACS) of the satellite base can be used to compensate for these perturbations during the initial set-up phase of the mission. Depending on the design of the ACS, the same system may be suitable for attitude maintenance of the fully deployed device during the one-year mission. However, we propose a distributed attitude maintenance system to compensate for the angular momentum transfer from the impacting debris, namely an array of small flywheels mounted directly on the cupola.

We predict that such a system can retrieve billions of small-to-medium size objects during a one-year mission. At the same time, juxtaposing our $880,000/debris cost estimate of removing debris in the 0.5−5 cm size range against the value analysis result reported by Vance and Mense (2013) of $14,500/debris value for removing such debris leads one to conclude that the proposed mission concept is not economically viable at this time. Nevertheless, this work paves the way for future mission concepts for the removal of small-to-medium size debris to ensure continued safety in space.